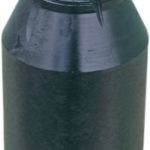 Overshots
External pipe traps (overshots) are designed to capture the outer surface and hold the string or individual pipes that remain in the well during lifting, as a result of an accident. FTDP, UOFT universal taper taps and SOFT, SLFT special taper taps:
The taper taps are designed for gripping and extracting the remaining drill or casing string which ends with a tool-joint: the coupling, the upset end of the pipe by tie-in into the body of the thickened elements of the string, which is removed.
B and PTB type bell jar:
The bell jars are designed to be captured by screwing onto the outer surface of couplings, locks or upsetting. In this case, the broken or shattered part of the pipe is passed through the bell for further extraction of drill, pump-compressor or casing strings during fishing operations in oil, gas and exploration wells.
60,73,89 ITT pipe trap:
The ТВ type internal non-release tube trap is designed for capturing pump and compressor pipes and extracting them in whole or in parts from oil and gas wells during emergency fishing operations. The capture mechanism represents a two-tapping die. The capturing process is carried out by jamming the sliding dies between the inner surface of the pipe and the rod of the pipe trap. They are designed with right and left threads. The right-threaded pipe trap captures and pulls the pipe string completely, and the left-threaded pipe trap unscrews and pulls it out in parts.